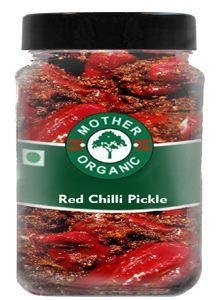 The Naga King Chili, locally known as the ‘Chudi Chili’ and commonly known as the Naga Mircha or Raja Mircha – meaning “King of Chilies” is indigenous to the Nagas and has been a part of their lifestyle since time immemorial. This has been and still is one of their chief sources of income and livelihood. Naga Chili also called “Naga Mircha” belongs to the genus capsicum of Solanaceae or nightshade Family. Naga chili is considered as world’s hottest Chili and entered in “Guinness Book of World Records” (measuring 855, 000 scoville units) beating the “Mexican red savanna habaneros” (577, 000 scoville units). The Hot Flavor of chilies is due presence of a group of seven closely related compounds called capsaicinoids, but capsaicin (8-methyl-Nvanillyl-6-nonenamide) and dihydrocapsaicin are responsible for Approximately 90% of the pungency. It fights with cancer cells, helps in fighting obesity for those with weight problems, helps cells to produce insulin again in Type 1Diabetes patients, fights bad cholesterol and prevents or delays heart diseases, provides relief from diseases like rhinitis and bronchitis by thinning and clearing mucus from stuffed noses and congested lungs.Has anti-ulcer protective effect on stomach.