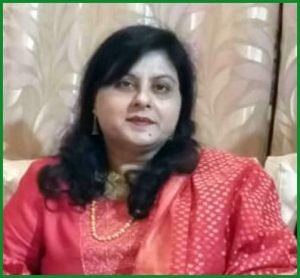 Mrs. Reena Bhartiya, wife of honorable Mr. Santosh Bhartiya (a well- known senior political journalist and ex-parliament member of India), is  a renowned Social Activist, & Environmentalist who wants to make organic food eating a social movement in true sense of words. Her vision is to make all Indian families –“organic families”. She has been working tirelessly for the past 12 years to achieve the dream of spreading the wellness of organic foods all over India. She is associated with more than 5 thousand organic farmers and many people in all over countries. In several places adulterer food is been provided in the name of organic foods but it is her commitment to make sure that only 100% pure organic food reaches people through Organic world.

Almost 40% disease can be prevented only by eating organic food. This is a report of year 2008 that the families who used to eat organic food were found fit and prevented from cancer. She is always found standing with the person who practices organic farming or its consumption. Moving ahead on the way shown by Shri Kamal Morarka Sahab, he is known as “Organic Janak” and “Organic Guru” in India, which means the person who has given birth to organic farming in India. Reena Bharatiya was so much influenced with his work spirit that she decided to dedicate her remaining life to aware people of India for organic food farming and its consumption.

She requires such people who can work with her to make it a social movement and can prove to be an asset to reach the aim of becoming 100% organic country. She is known for her unforgettable contribution for old age people, she has now taken new steps to realize her new dream. Being founder of this company she has now initiated new concept of organic farming and to provide healthier organic food options to consumers. Organic foods are first in industry, offers free home delivery services called “Nature Friendly Bucket Grocery Shopping” That better serve individually and door to door services.

She is also guiding a farmer group NGO like Sarvadhar Bhartiya trust.